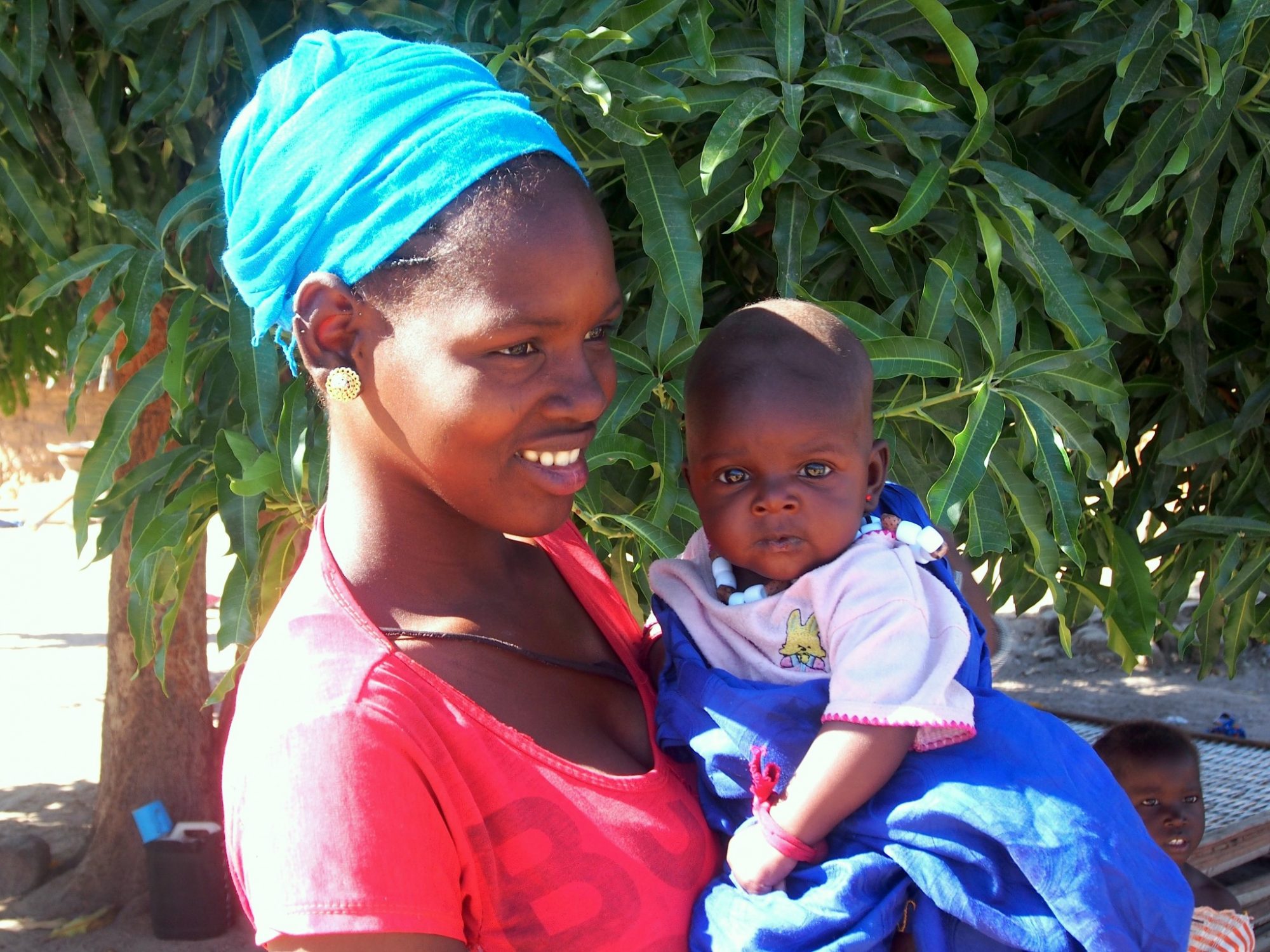 As 2016 dawned, I wanted to be as far as possible from my daily life in Finland. With my dear friend Maaria, we ended up spending a relaxing week in The Gambia where the climate is hot but arid – in other words: perfect. But the country is so much more than just sun… or its common image of mature women frolicking around with young and athletic local guys. Check these simple tips for an unforgettable winter break on the Smiling Coast of Africa.

1. Wait a day and you’ll get used to the hassle

I bet you will always remember the moment your feet hit the Gambian beach: becoming instantly surrounded by masses of people trying to sell you anything from wooden things, fruit and jewelry to fishing trips, riding lessons and peacemaker services. But once you get used to these daily peddling procedures, soon you hardly notice them. And there is certain grace in green-dressed fruit ladies!

It’s easy to understand this passion to sell, as most Gambians need to make their annual living during the arid six-month touristic season. But since there were hundreds of vendors and bumsters, it was easier to stick with a polite but adamant NO. The most persistent follow you to the hotel gate but are well aware they cannot enter. And after third day even they give up.

2. Take a break from beach life and head inland

We did enjoy our doing-nothing days to the fullest, yet the most memorable experience was the two-day trip to the backlands of the country. Sweating in an old bus, boating along the Gambia River, sleeping in the jungle and visiting one family (a 30-person clan consisting of four brothers, their young wives and children) in a simple Gambian village. 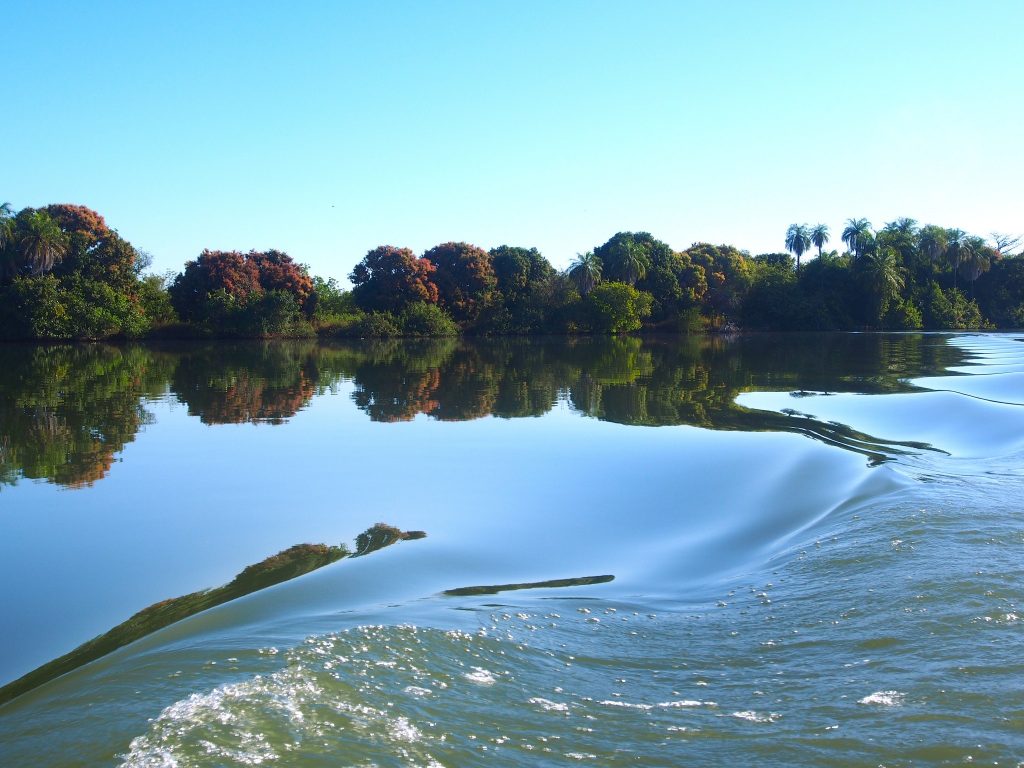 These trips are organized both by travel agencies and independent service providers. Just do some price comparison first, since the first request from a local entrepreneur may be double the average. All in all, staying in The Gambia is cheap: our week budget was less than 400 euros per person, most of which we spent on the trips we made.

And both were truly worth every dalasi – even though our inland tour guide apparently took great offense after we turned down his idea of an intimate nocturnal ’just-the-three-of-us’ river cruise. He hardly spoke to us on the following day. But Gambian culture and gender system is so different that we just ignored this change in his behaviour.

3. Book a safari to Senegal

Hands up: who wouldn’t have dreamt of seeing lions, giraffes, rhinos and zebras in their natural environment? On the Senegalese side it is easy and you don’t need a big wallet for that. Just please don’t take it for granted that you will meet all animals of The Big Five up-close.

What impressed me as much as those gorgeous wild creatures was our early-morning ferry trip from Banjul to Barra. An old raft packed with school kids and people carrying fruit, rice sacks and living chickens. So for a glimpse of real Gambia, the Port of Banjul is the place to be! Unlike we did, take warm clothes with you: daily temperatures in January vary between 25 and 30 Celsius, but that windy morning on the ferry was ice-cold.

We booked a private excursion to Senegal and had the most amazing local guide. Jerreh Camara is a charming, peaceful and educated man with superior knowledge of things. Driving along scorching hot Senegalese roads, we got to hear fascinating stories and details on Gambian society, economy, history, lifestyle – as well as local marriage and divorce practices. 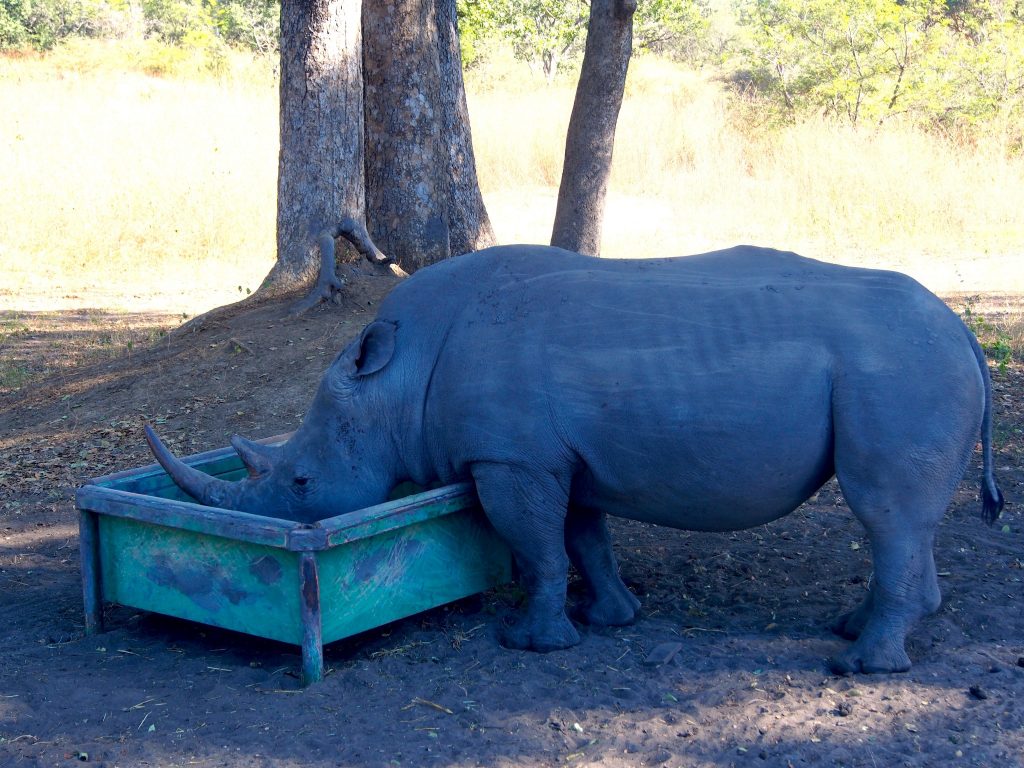 Despite its fertile soils, The Gambia is a very poor country. Many agrarian families cannot afford to buy their kids necessary school materials besides which they live in the middle of nowhere with no decent road network or transport possibilities.

On the road you will also encounter smiling children in school uniforms running after your bus. Instead of giving money or sweets like some people do, it’s better to delight them with pencils, erasers or notebooks – and preferably through your local guide. As we booked our trip last minute, we were not aware of this habit, but next time I will surely bring these items along (this time I just left my older summer clothes for the family we visited). They do not cost or weigh much and hopefully help a bit in encouraging illiterate parents’ kids to get educated. 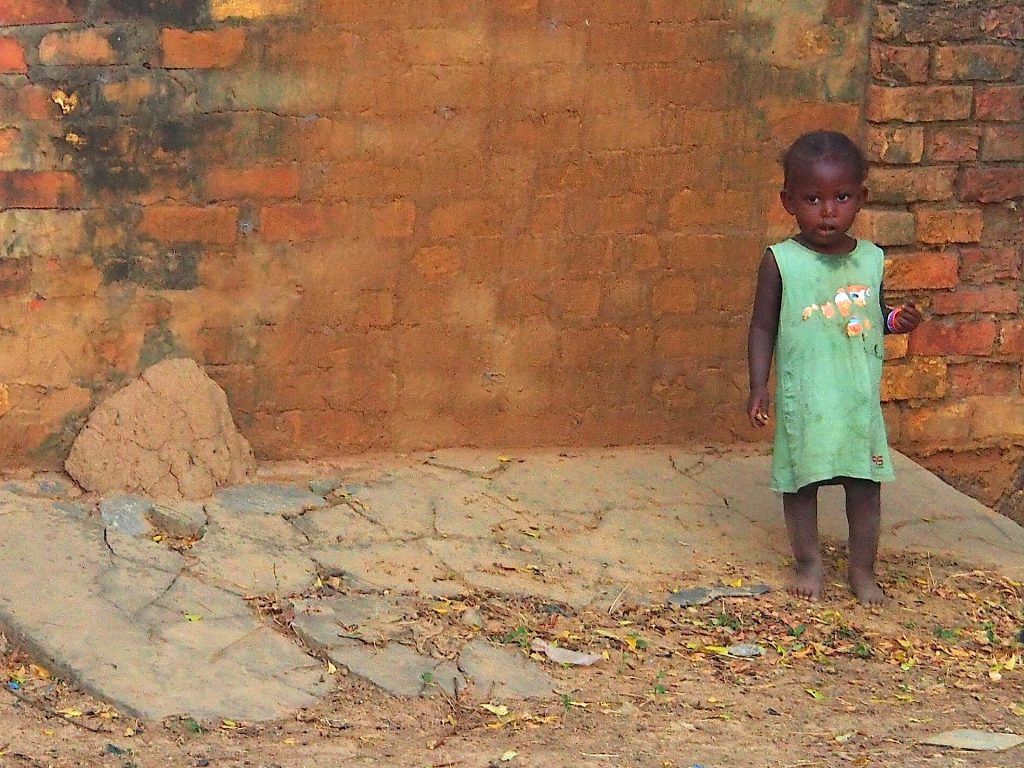 As a dedicated oenophile I did not expect to be drinking much wine in an African country with no own wine production. But even so, we were slightly surprised it was mostly Pearly Bay we bumped into… and compared to the general price level of The Gambia, that boring South African white felt expensive.

Although local beer (of which there are four different versions available) is the same everywhere, we liked it a lot – especially that nice, fresh and fruity lager. The beer is made by the only brewery in the country (visitable by appointment), and by preferring it over imported wines you also support the Gambian economy that is dependent on tourism up to 40 percent. 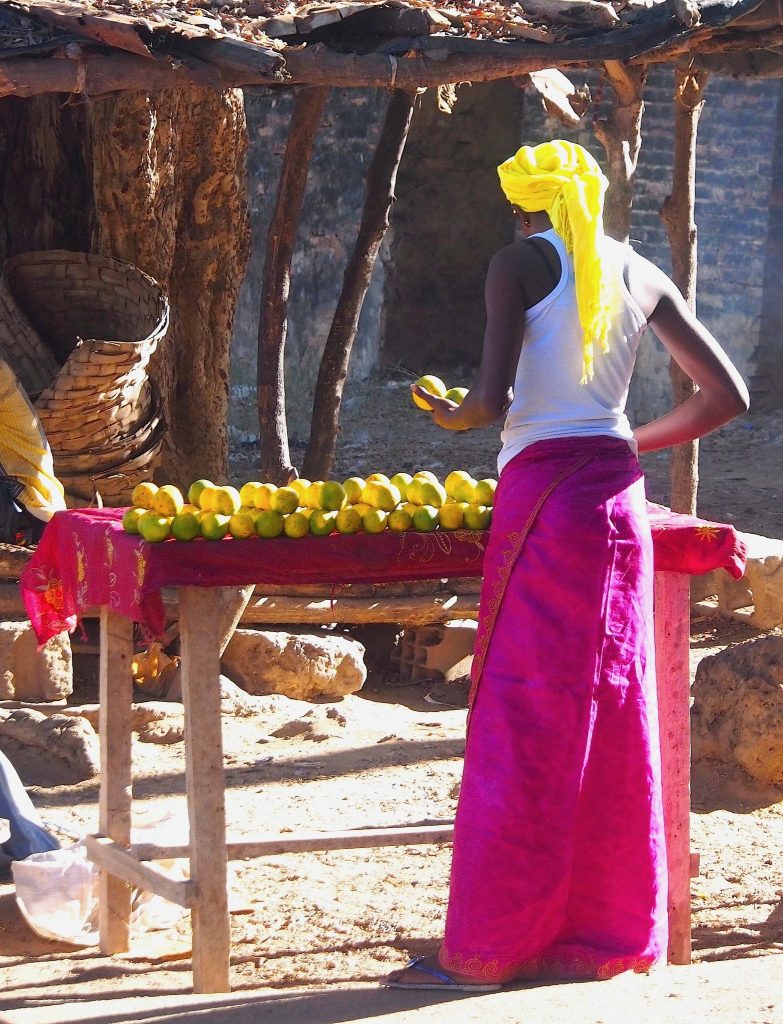 When it comes to food, Gambian cuisine is pretty simple – but absolutely worth trying! Rich of various fish dishes, we were nonetheless most impressed by their tasty meat sauces. If you prefer going mild, yassa is your sauce. Made of onions, lemon (or lime) juice, black peppers, mustard and garlic, this originally Senegalese sauce pairs beautifully with chicken.

Up to hotter flavours? Try another yummy sauce, domoda. Including peanut butter or paste, onion, tomatoes, hot chillies and various peppers, this national dish of The Gambia can be prepared with meat (usually beef) and vegetables (pumpkin, sweet potato, squash or eggplant) or solely with veggies. 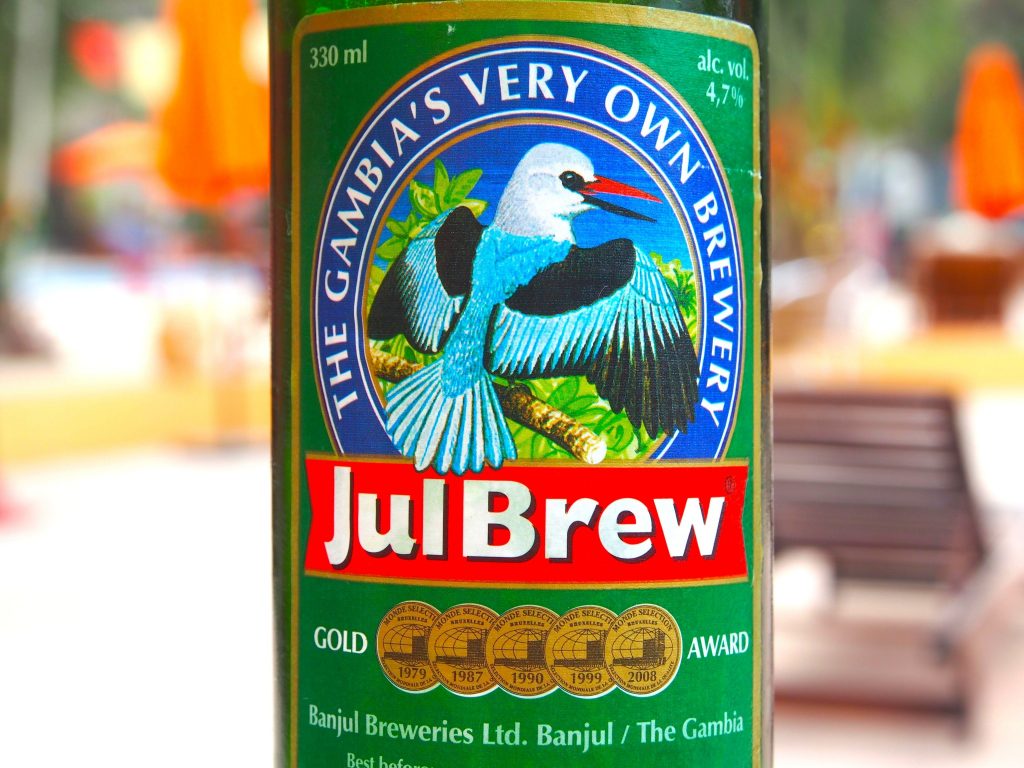 Although both dishes can probably be found on any hotel and upmarket restaurant menu, you get the most authentic flavours elsewhere. At least we had one of our tastiest yassas in a robust border eatery on our way to Senegal. Boss Lady (in Kotu area), too, serves awesome yassa.

There is also something irresistible in the texture and sweetish flavour of slowly cooked churah gerte, traditional Gambian rice and peanut porridge. As we praised its taste to the morning chefs at our hotel, their faces instantly lit up. Is there any better way to start your day than making someone feel proud of his/her own gastro-culture?

6. Don’t be scared at the sound of Islam

Declared as an Islamic republic in December 2015, the locals prefer to say that the Gambian version of Islam is a laid-back one. It remains to be seen how this will affect the country in the long term. For us, anyway, one of the most magnificent experiences was waking up at five in the morning to the Islamic chant that beat all the exciting animal noises wafting from the pitch black jungle around us. 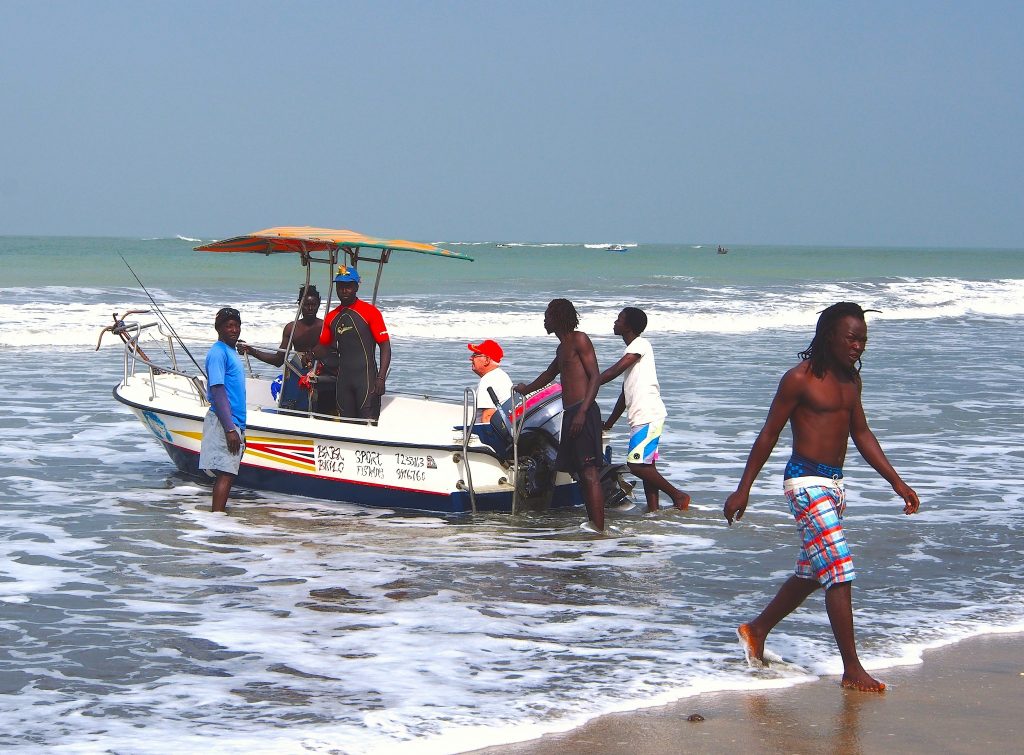 Another thing that has made people think twice is the Ebola virus that swept over West Africa during 2013–2015. So far there are no proven cases in The Gambia, but unfortunately numerous infections in nearby states have drastically damaged tourism in the country.

Also for that reason I want to puff this wonderful, genuine and fascinating corner of the world for anyone still in doubt. And I think Maaria (on the right) agrees. 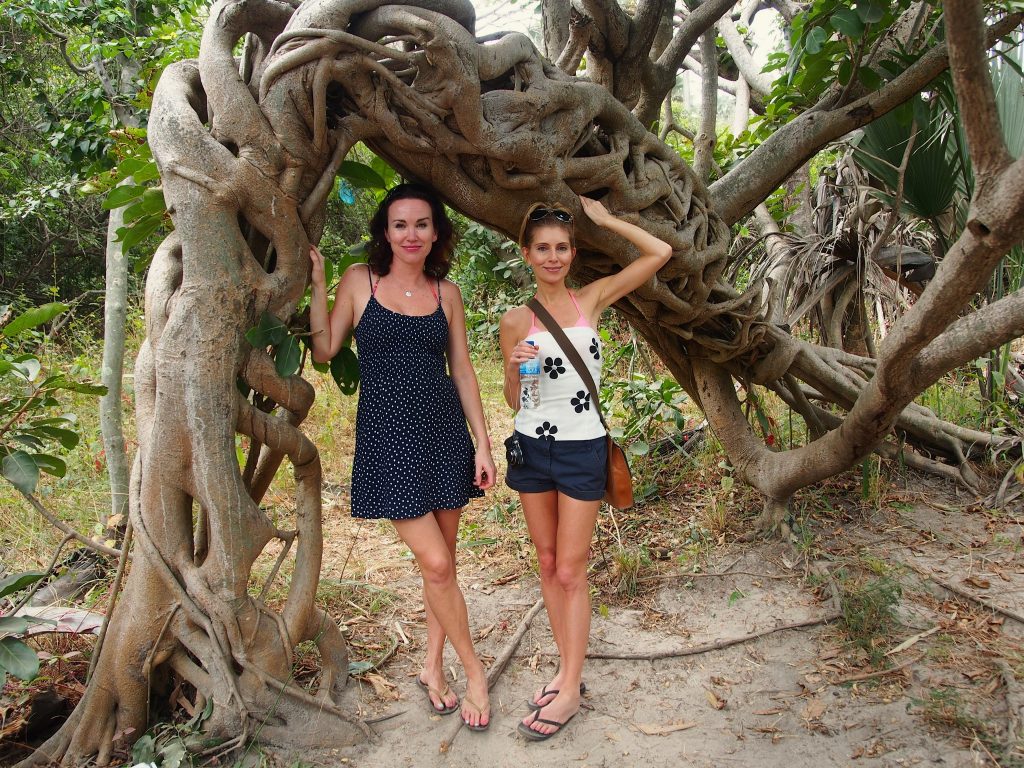