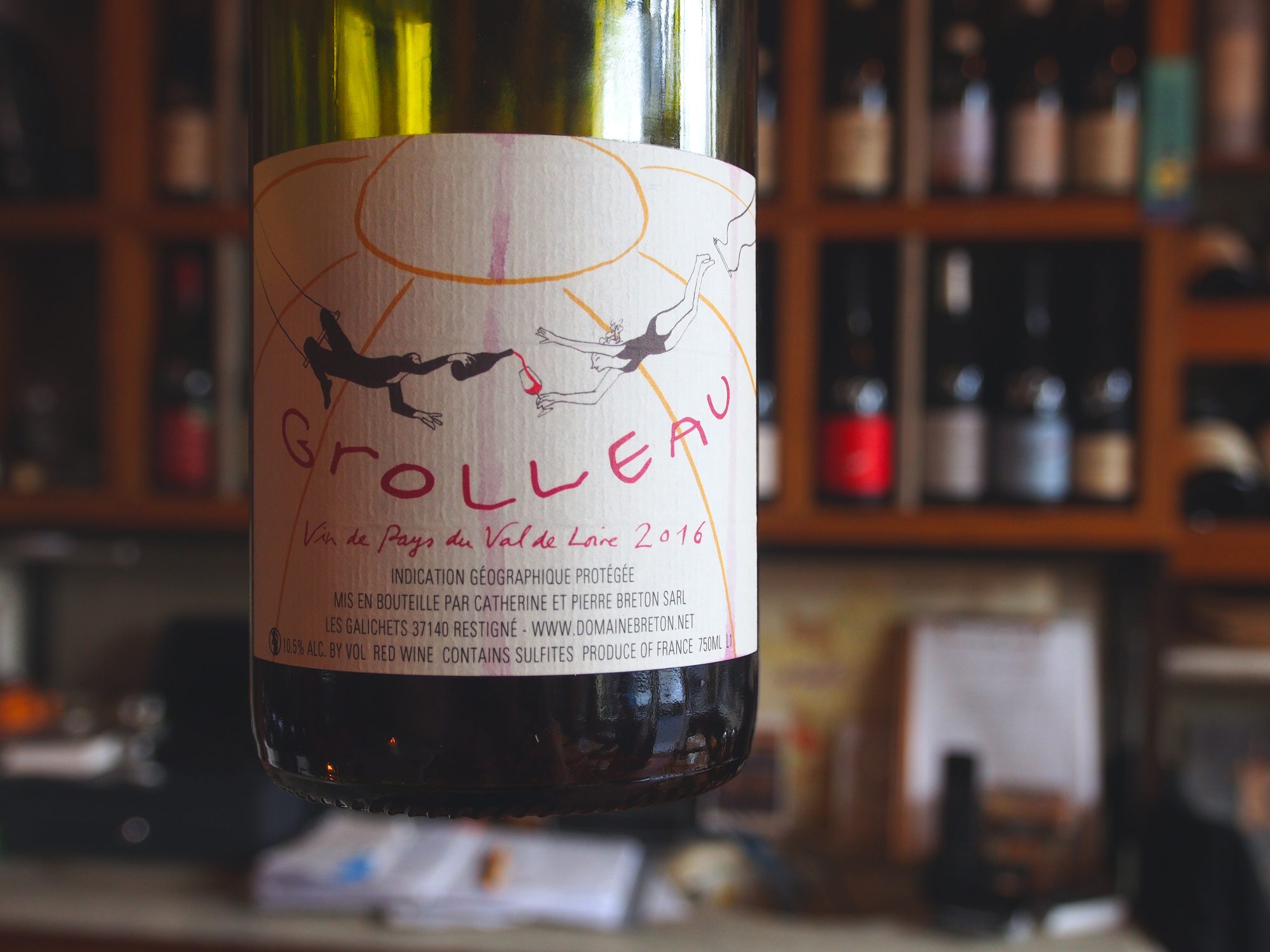 Whenever in Paris, I tend to divide my time between the Eastern arrondissements on Rive Droite, and during these trips I easily forget the other side of the Seine river. But the times I cross the bridge, for me there is one wine bar not to be missed. In beautiful and chic Saint-Germain-des-Prés, just behind busy Boulevard St-Germain that crouches the 6ème arrondissement, lilliputian La Crèmerie is a place that makes you smile.

Whether you are up to some Ganevat or natural treasures from the Loire, or classics from Bourgogne, you will surely find something from these shelves. The price level of the wines is moderate compared to many St-Germain places peopled by tourists, and the corkage fee is 10 euro if you wish to enjoy the bottle on the spot.

But even though I’m known for never turning down a glass of champagne, before my latest visit to La Crèmerie (a week ago) I had already spent a month in Champagne, so I decided to opt for something else. Tête en l’air, a novelty to me, turned out to be really delicious biodynamic bubbles from Manoir de la Tête Rouge, Loire. 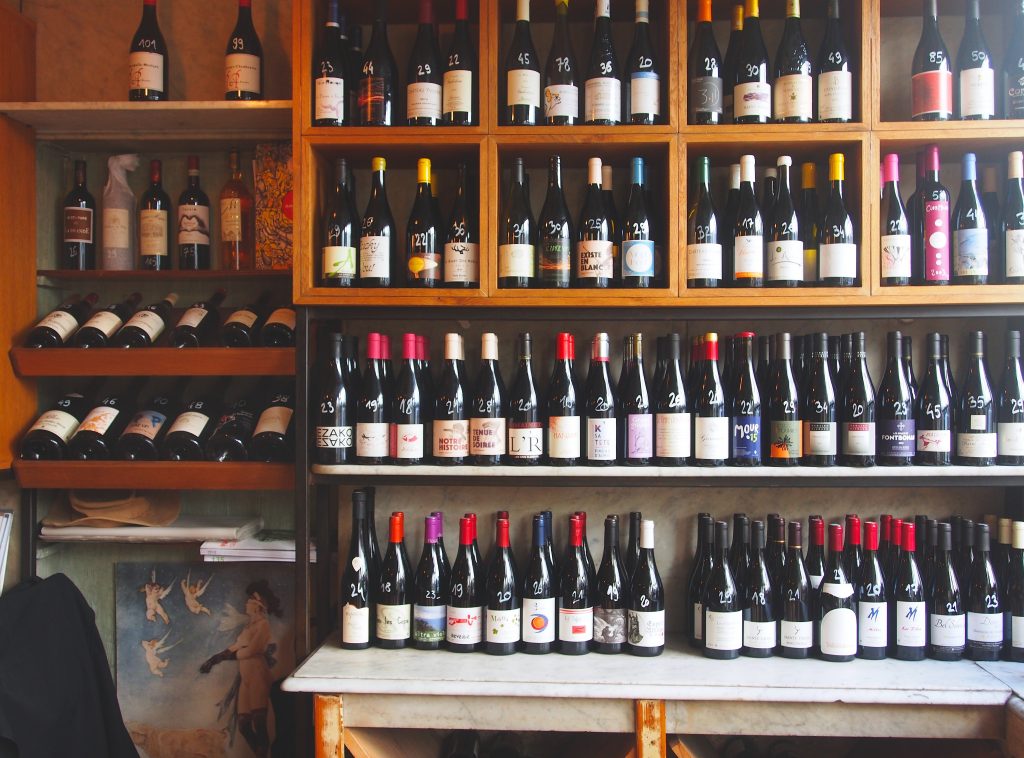 A Finn like me was also glad to bump to Barolo Meriame made by Riikka & Jyrki Sukula, an ambitious Finnish couple who moved to Serralunga d’Alba, Piedmont, more than a decade ago. But; La Crèmerie’s well-thought wine selection, to-die-for saucisson or superdelicious burrata, paté and terrine do not yet suffice to make this little gem stand out in a gastro mecca like Paris. There are two other reasons. The first is the history of La Crèmerie, which dates back to 1880 (when the place was known as a real crèmerie selling dairy products) and is still wonderfully reflected in the old roof and other details of the bar. 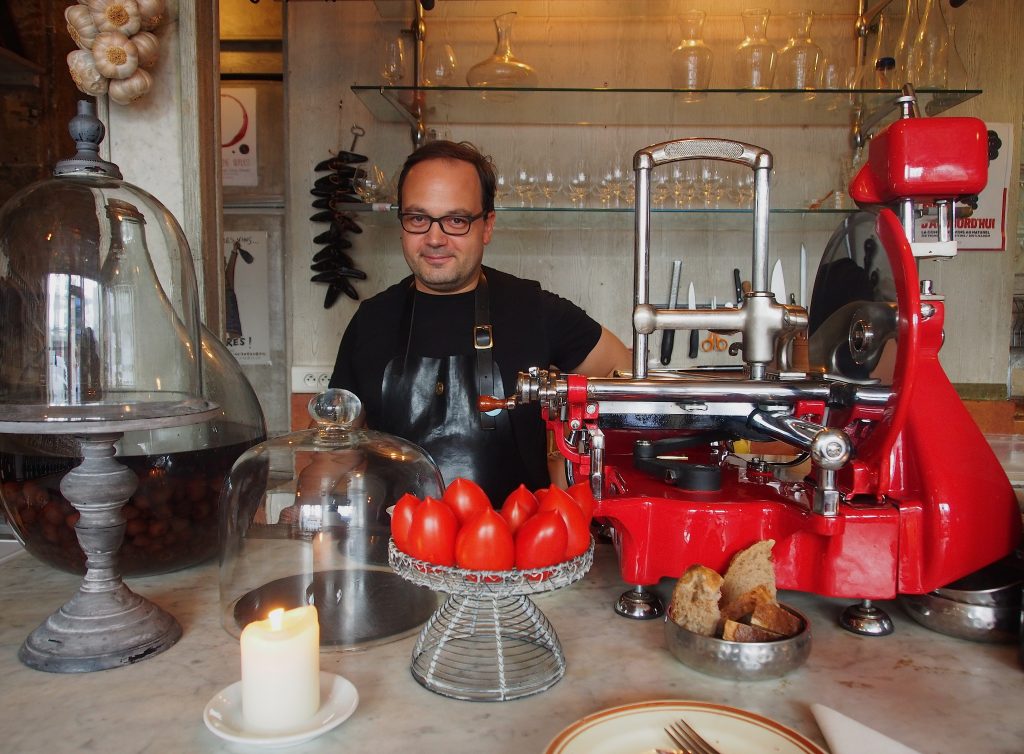 Another reason is the character behind the desk. Born and living in Paris 6ème, Emmanuel Giraud (check his website, since there are two Parisian artists with the same name!) works since two years at La Crèmerie – and not only great wine suggestions, but he has fascinating stories to tell. As soon as we start to talk, I know my promise to pop in ”seulement pour un plat de Saucisson d’Ardèche” is washed away. Instead, I end up staying nearly three hours.

Author, researcher and gastro performer, Giraud’s path has taken him to a variety of places, the one of which he likes to reminisce:

”Several years ago, I worked at Villa Medici where I organised different gastro spectacles for similarly minded people. That period in Rome was among the most amazing years of my career. And I want to cherish that spirit in things I do.” 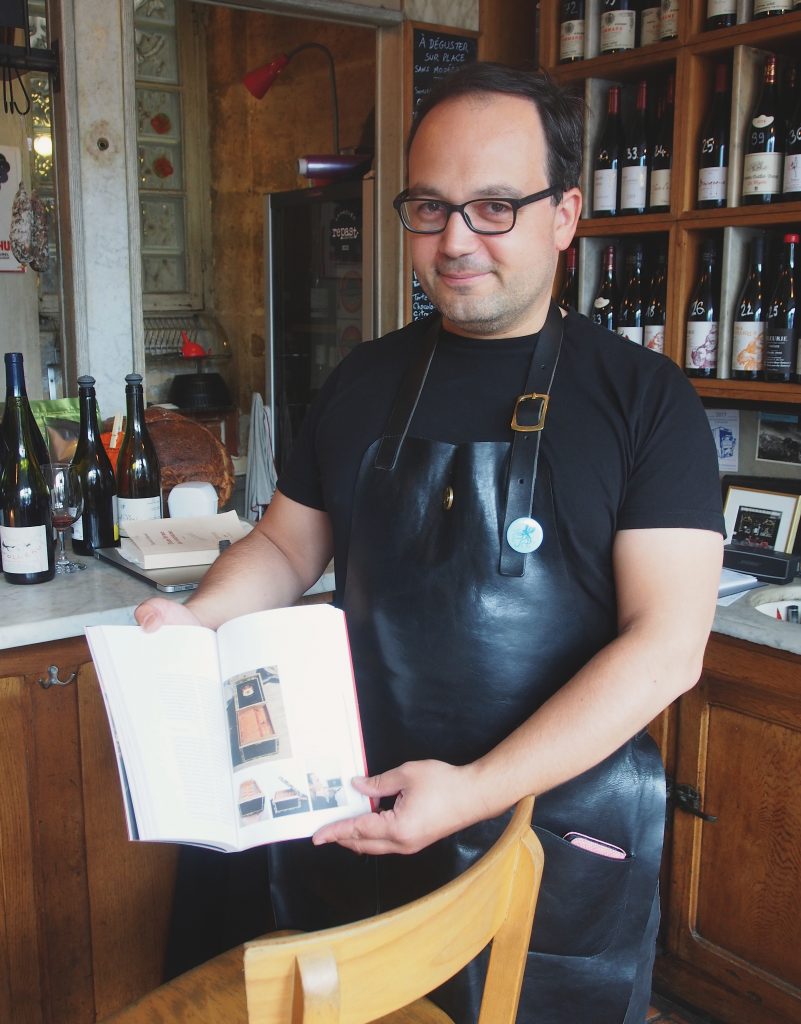 As soon as I see the salmon portion that two next-to-me Parisiennes have ordered, I feel like having the same. Wonderfully fresh salmon from the Orkney Islands, served on a cucumber bed with plenty of pepper, dill, lemon peel, radish and redcurrants. With this dish, I cannot resist anymore the calling of Lassaigne, as Giraud is kind enough to open Les Vignes de Montgueux for glass sale upon my request. A combo cannot get any fresher than this!

And for anyone having a serious eternal craving for saucisson, La Crèmerie is one of my favourite places (along Au Passage, read more here) to savour it in Paris. 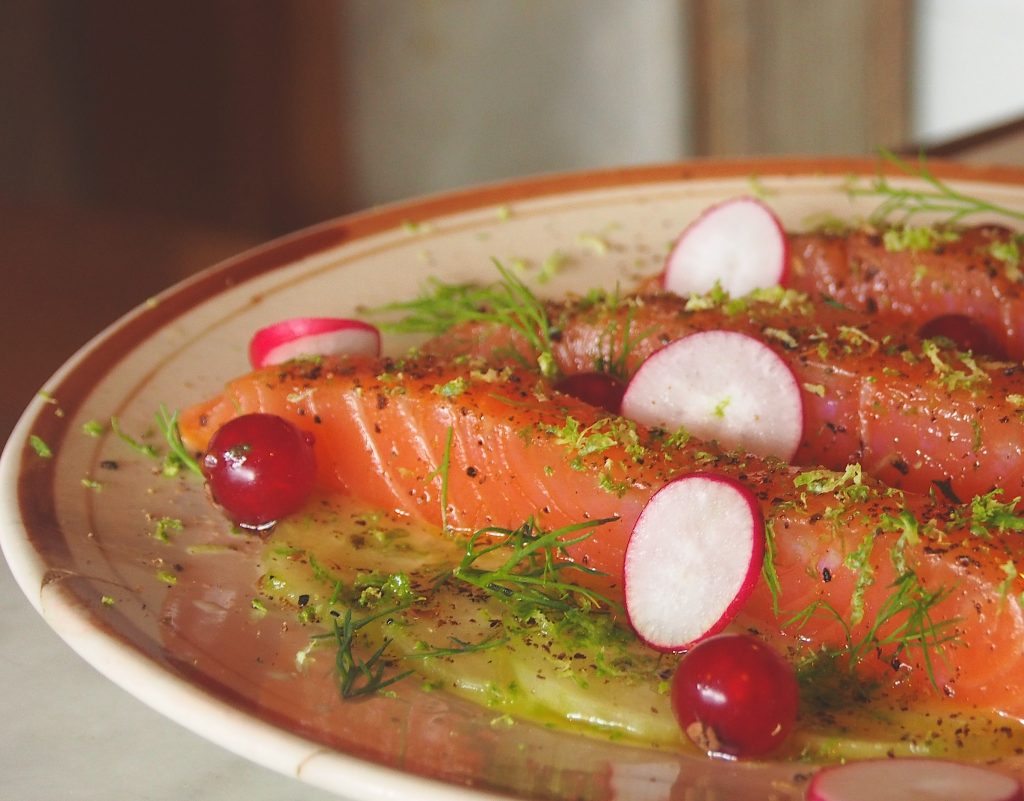 Since La Crèmerie is about to close for holidays, Emmanuel invites me to join him and some others for the ‘final bacchanals’ later in the evening.

”Lectures and open discussion in Epicurean spirit, you know.”

Sounds interesting and would surely benefit my French skills. But this time an evening with friends – and ageless debut album of Guns n’Roses – in Gambetta wins. I am too tired to return to the 6ème. 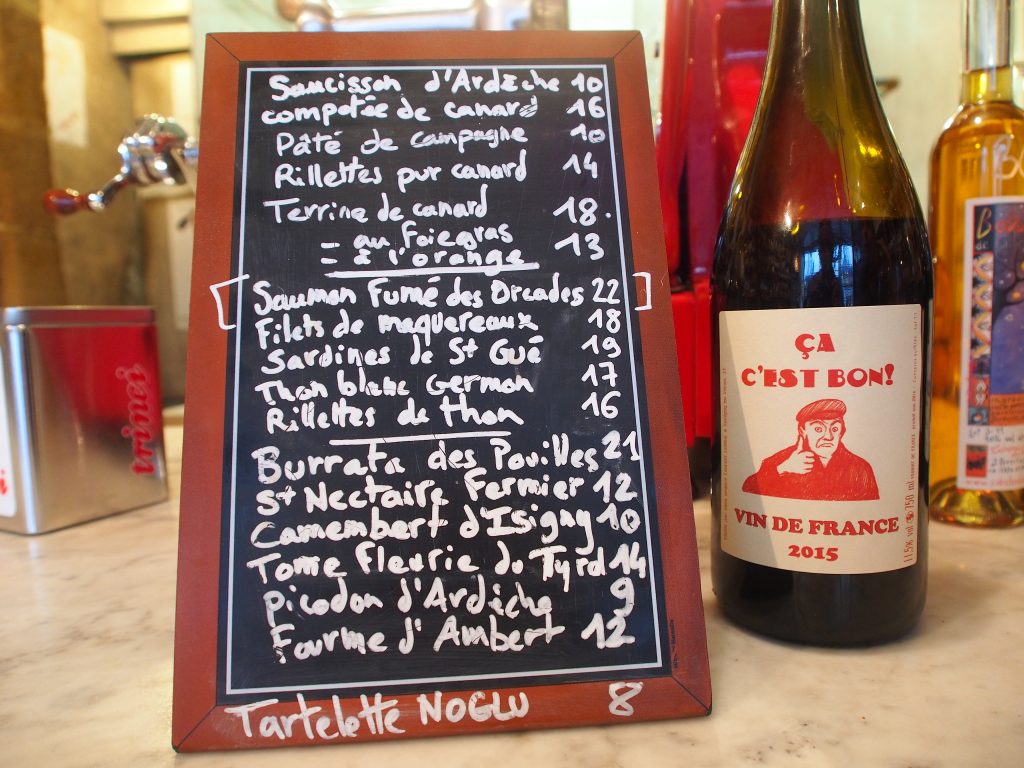 Even though it’s August and high season now, during my long lunch it was mostly Parisians who popped in to buy wine or stay for some food. But La Crèmerie attracts all kinds of people, as Giraud confirms:

”We have a really nice melangé of locals and tourists here. I like it that way.”

According to my experiences, La Crèmerie is also great for anyone travelling alone. In this atmosphere you won’t feel lonely. And from those nice low-alcohol natural wines… you don’t even get tipsy! 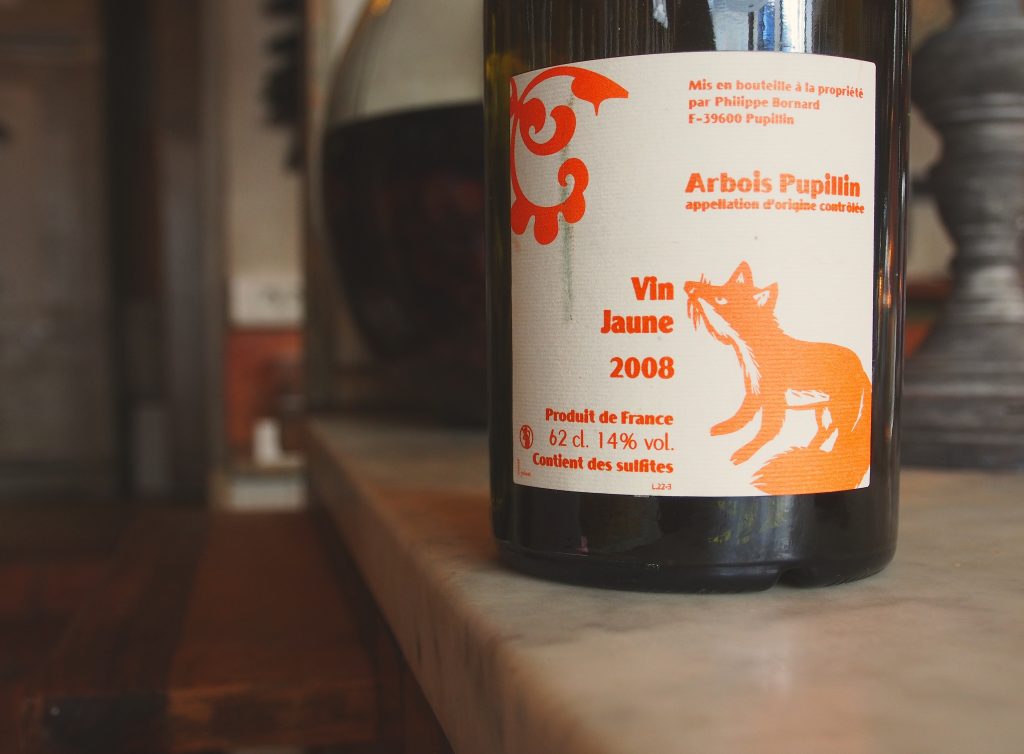 My tip? Come here in the afternoon without a hurry, park yourself at the bar desk, listen to Emmanuel’s stories and let your appetite grow when you see what he carries to other tables. Or come with your Special One (or a natural wine loving friend) after the sunset – but make sure to book in advance since their 15 seats tend to fill up quickly. And yes, the bill in the end may be a bit bigger than you planned, but the experience at La Crèmerie is definitely worth it.