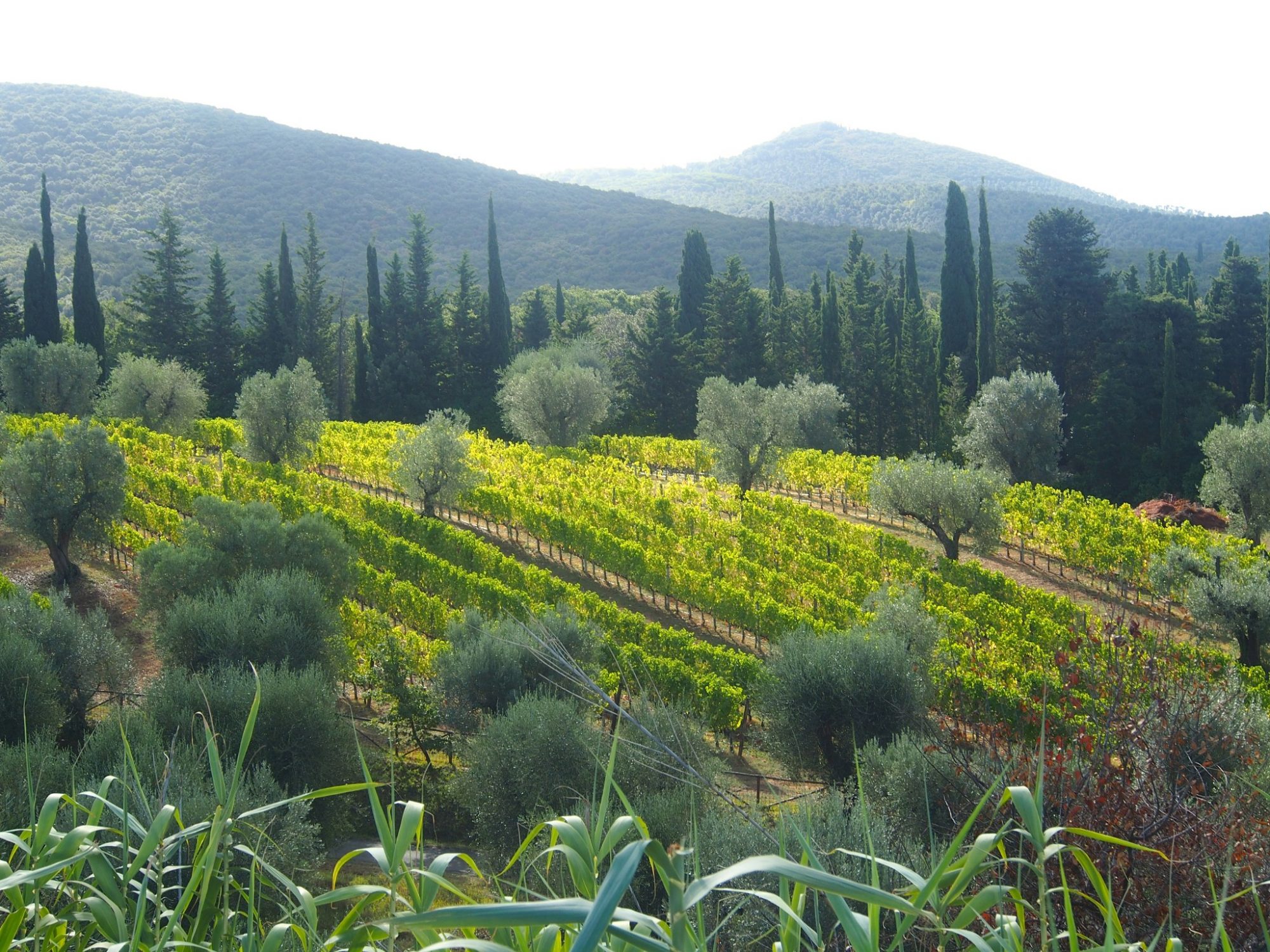 I love Italy to the bits. I have once lived in the country, and travelled her lands and roads since 1997. Like we all know, the beauty of Italy attracts so many tourists that sometimes our admiring thoughts tend to disappear in the hum. But still there are places that are packed with magic despite being popular travel destinations. Places like Bolgheri, where I fell in love…

My love was dark and handsome, charming, and rich in butter. We met each other under an arched roof in April 2014 while roadtripping across Tuscany with Ulrika, a dear friend of mine. After a long and tasty morning at Ornellaia winery, we drove up to the tiny village of Bolgheri and stepped in the first restaurant we saw. Something I never do, but this time it paid off.

Simple tagliolini al tartufo nero was that crush to remember. Having enjoyed numerous pasta dishes with truffles, Enoteca Tognoni’s portion ranks among my stars. The ratio between pasta and butter is just perfect, and the lavish amount of black truffles would surely put a wide grin on anybody’s face.

But it was not only about the enoteca. We instantly fell for the village and spent half of the drive back to Rome trying to capture the secret behind Bolgheri’s quirky charisma. I have seen hundreds of charming medieval Italian villages, but there is something unique in and around Bolgheri. Something so unique that when I was suggested a Tuscany work trip in September, I instantly decided to stay overnight in the heart of this tiny village where the back alleys are so narrow you hardly fit through. 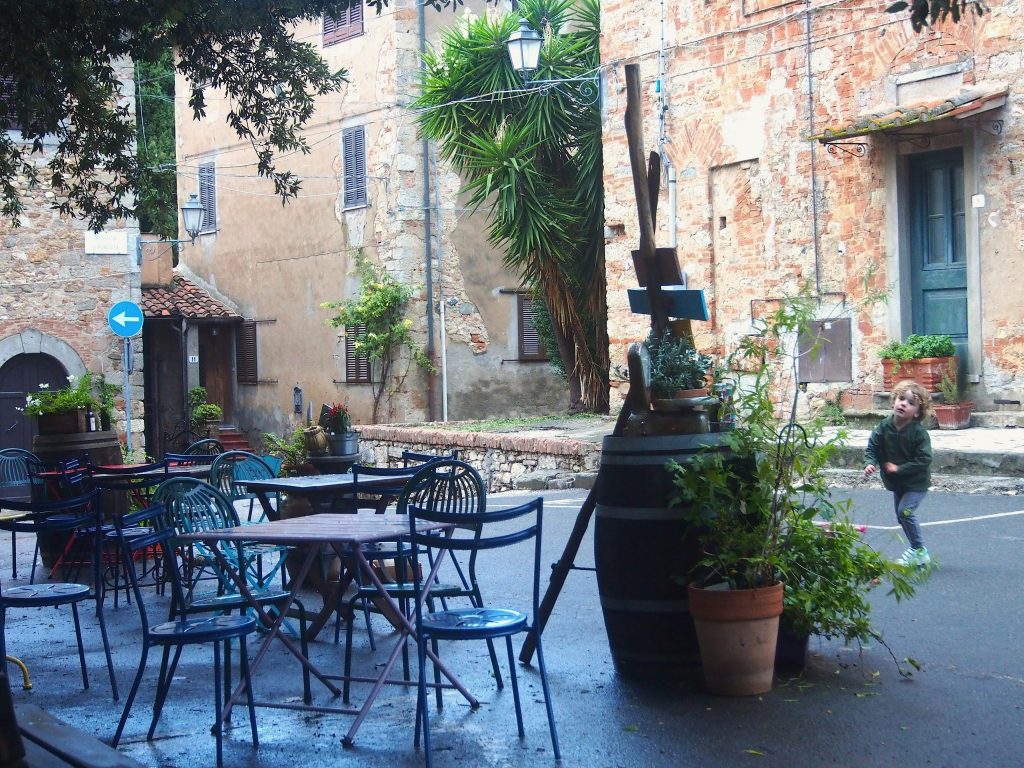 My choice is an adorable little bed & breakfast Il Chiassetto just opposite to the enoteca. As a wild thunderstorm makes a good excuse not to try any other of the village restaurants, I just cross Via Lauretta (one of the three oval-shaped streets of Bolgheri) and arrive at Tognoni. My sparkling moment comes in a minute. A glass of Bellavista, my favourite franciacorta. On the house, says owner Francesco Tognoni who has been running his wine restaurant for 12 years now. 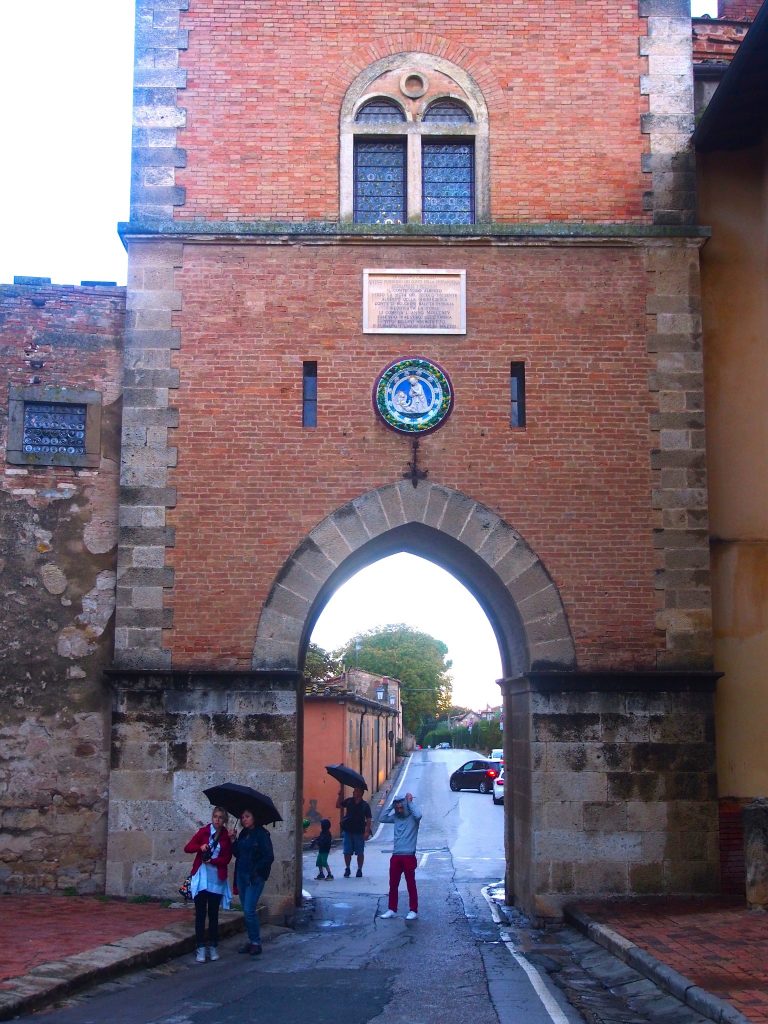 But attentive and devoted service is just one reason why I wholeheartedly recommend Enoteca Tognoni to anyone loving Italian cuisine. Nothing particularly unique in the interior, but the food is delicious and beautifully presented, and there are metres of wine shelves to browse.

The selection is, of course, concentrated on local wines – like a Tuscan encyclopedia from coastal wines of Maremma to Chianti Classico, Vino Nobile, Brunello, Morellino di Scansano and Cortona Syrah, not to forget grappa and vin santo – but also champagne lovers can find pretty nice bottles here. And if you haven’t tried the legendary Super Tuscans such as Sassicaia, Ornellaia and Guado al Tasso yet, Tognoni is a great place to enjoy them by glass. Just be prepared for quite a price tag. Iconic Sassicaia that once played a major role in the breakthrough of Bolgheri and the Tuscan wine revolution, as well as its world-famous successors, are never cheap. 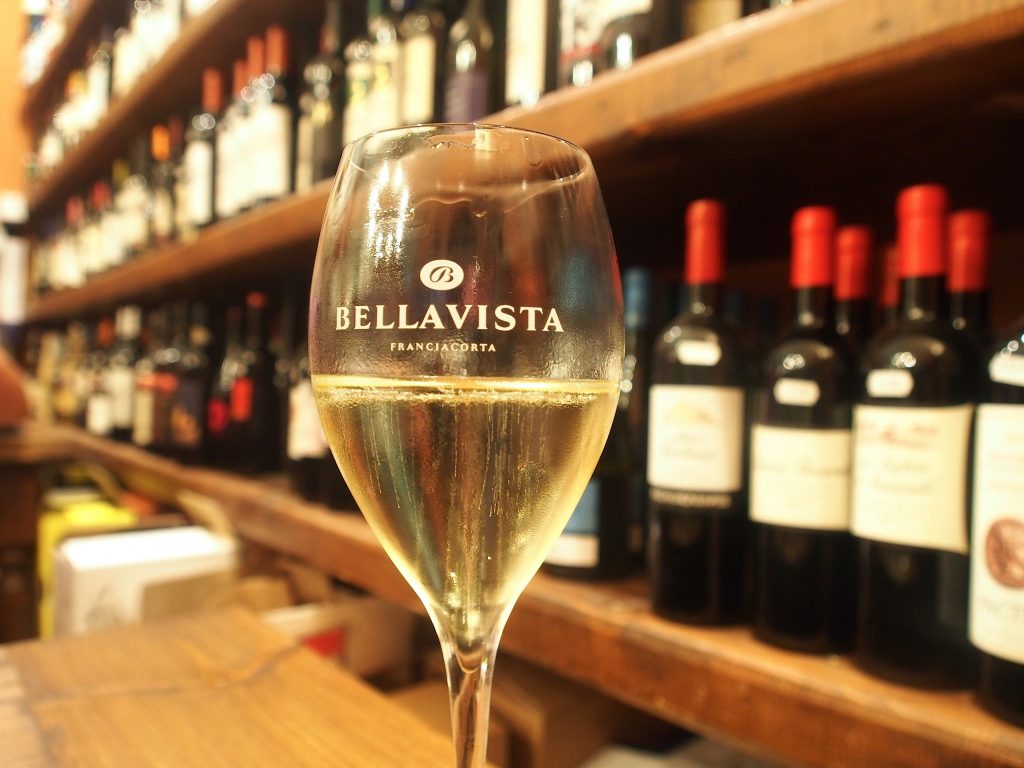 I feel very happy after my courgette flower & truffle pasta & peach and mint sherbet dinner, and for the next morning Francesco invites me for a coffee. This is something I love in Italy: people being so approachable and generous to strangers. At least for an Italian-speaking solo traveller woman it happens delightfully often, albeit at the same time they feel sorry for me having to eat alone. But Italy always transforms me from a sophisticated buongustaio to a true mangiatore. If I had to take one thing with me to a desert island, it would definitely be pasta. 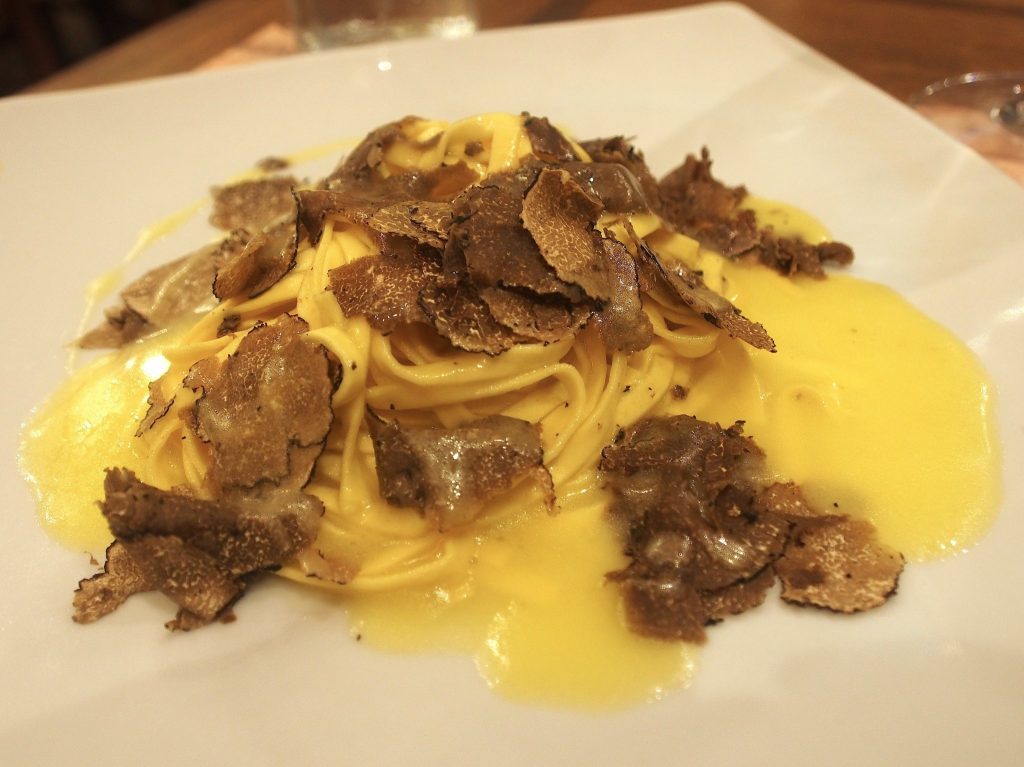 With 90 or 157 permanent inhabitants (depending on the source), Bolgheri is a little gem on the Tyrrhenian coast. Or to be exact, five kilometres from the coastline, but with amazing views towards the sea. Even though it has nearly as many restaurants, cafés and shops (selling wine, local delicacies, pottery and flowers) as inhabitants, the atmosphere remains very genuine and laid-back. During my morning coffee at La Bottega d’Elena, I get to hear heart-breaking maledizione how politicians make it all wrong again while bearing witness to a two-female drama and chatting to a prosperous-looking older man who collects red sports cars. 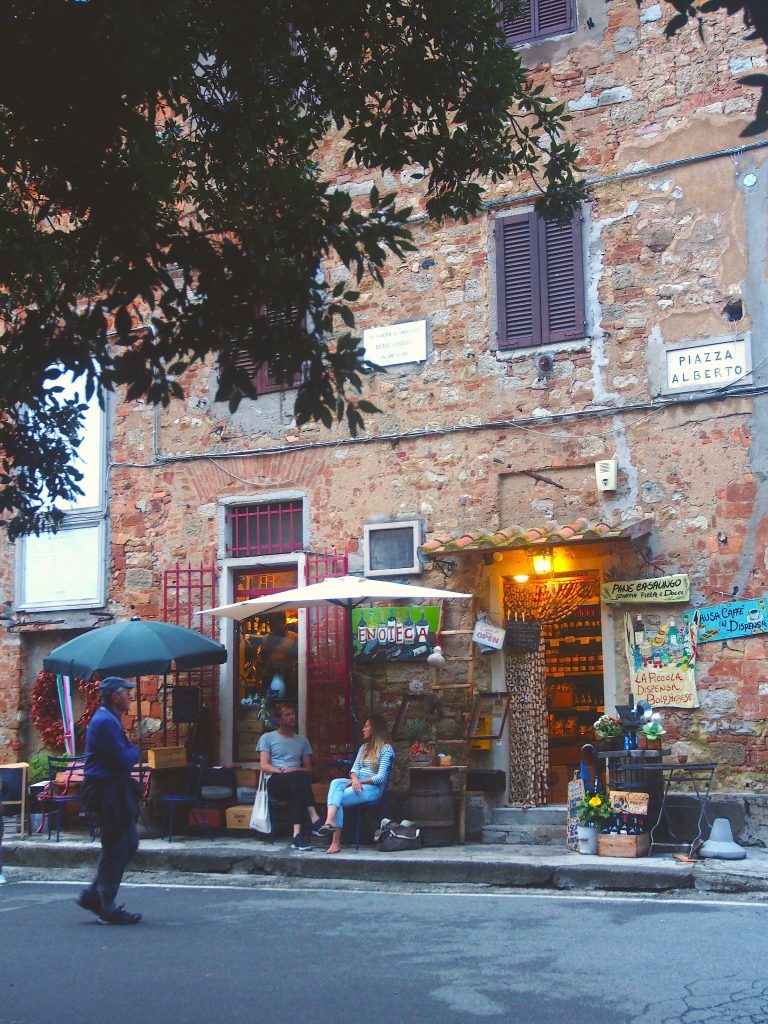 The plateau below the village carries the same name. Once a miserable damp with lots of criminals, and later a producer of dull rosés and pretty ordinary white wines, today the Bolgheri plateau and slopes at the foot of the mountains are famous for their majestic, dark, powerful yet velvety, long-lingering and smooth-tannined reds made of classic Bordeaux varieties (Cabernet Sauvignon, Merlot, Cabernet Franc, and Petit Verdot) instead of Sangiovese, the ultimate and unrivalled star in inland Tuscany. Bolgheri stepped into the limelight in 1978 when Sassicaia 1972 beat some Bordeaux top wines in a blind tasting organised by Decanter magazine. 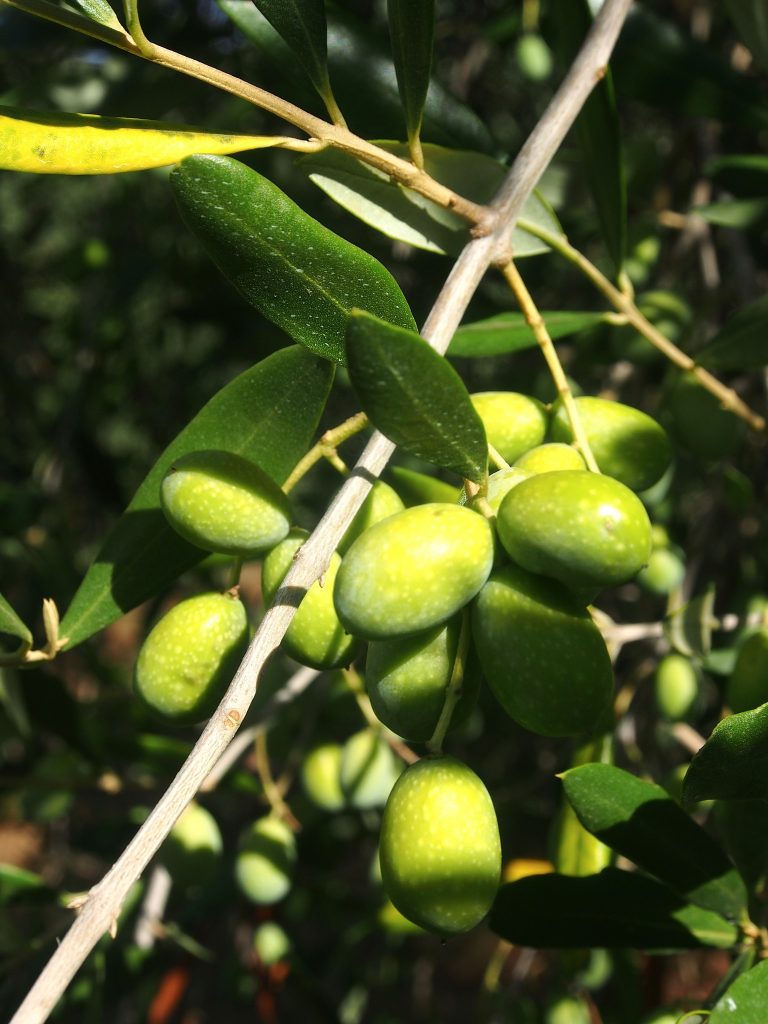 Along with vines and ancient olive trees, Bolgheri’s nature is rich with junipers, pines, oaks and ash trees. The surrounding mountains protect the area and its vineyards from cold inland winds, although the latest problem according to winemakers is the growing heat that also brings massive, erratic rains.

As nice as it is to talk over espresso with charismatic Francesco, next time I need to come here with a loved one – and eat two truffle tagliolini in a row. Since Bolgheri is one of the most romantic places there is. Also for your stomach.

Or maybe I’ll just move in when I’m old? At least the climate and landscape speak on its behalf.